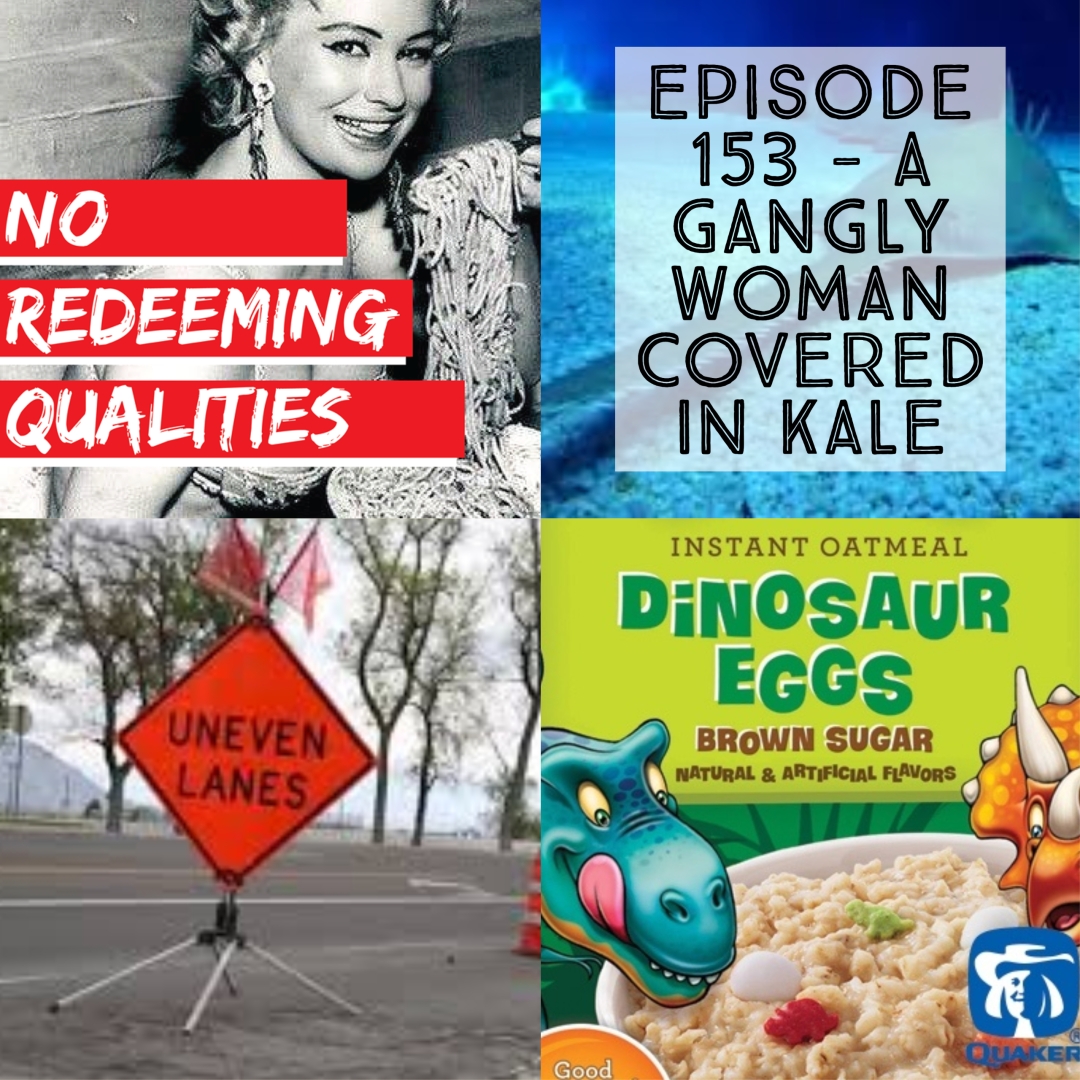 All the way back at Episode 38, Zipp found his old comedy journal and sat down with Bob to see if any of the bits held up. They only got half way through it, and said part 2 would be coming soon. Well, three years later, here it is! Better late than never, right?

Donate to the Houston Bail Fund

Follow the No Redeeming Qualities Podcast! It’s the best way to find new episodes, see memes, and check out the occasional butt or two!

Sponsor’s for today’s episode are:

Music by The Bass Chef. He can be contacted for gigs at the following:
Twitter: @TheBassChef
Snapchat and Instagram: @thebasschef
Email: thebasschef@gmail.com